Maya Structures Were Made Sacred

By installing them with life 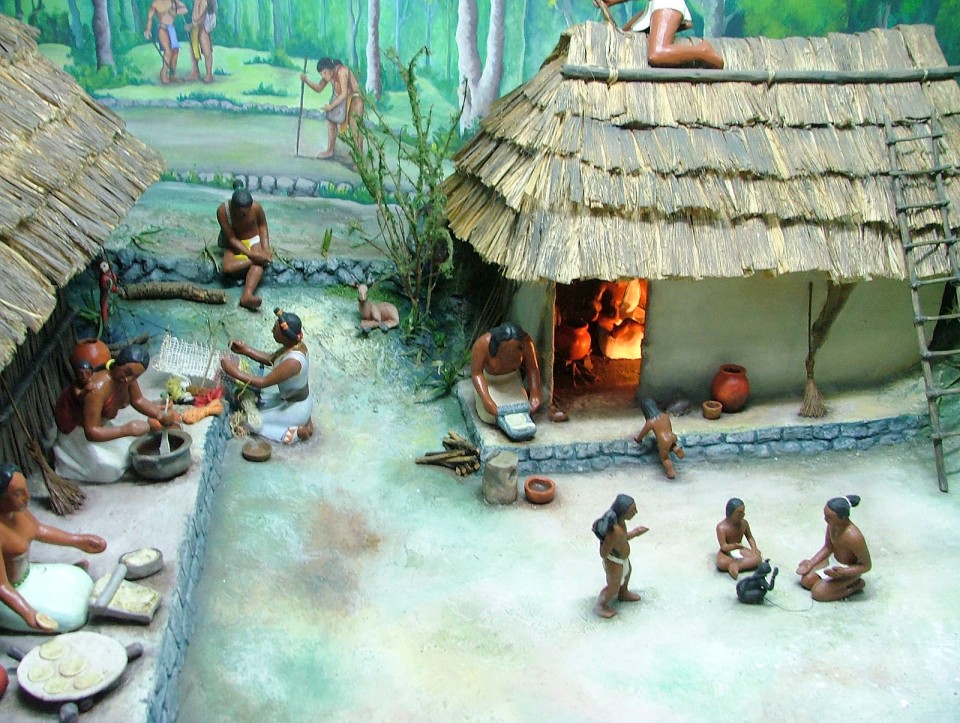 For the ancients, there was no separation between the secular and the sacred. Everything was sacred, ensouled with ch’ulel, a vital source that comes from the sun. Beyond the city or village there was chaotic space—the “wilds”—peopled by animals, ghosts, demons, spirits and “foreigners.” These were sometimes considered hostile, but it and they also contained ch’ulel.

Because human beings couldn’t live in chaos—the wilds—life and living was all about maintaining order within the caah, the community. The model for it was (and remains) nature and the cosmos, where they and we observe constancy, beauty, pattern and cyclical motion—apparent features of absolute reality. Modeling these in architectural forms, the Maya created sacred spaces distinct from the “wilds.” In a real way, by using dimensions, patterns and forms found in nature, they consecrated a space and considered it the center of the universe.

For example, the parts of a Maya house were correlated with parts of the human body and the cosmos. The floor was “feet,” the door a “mouth,” the thatched roof a “head of hair,” the walls the “bones,” and the four corners a replica of the cosmos. Houses were mostly for sleeping; the activities of daily life took place outside. Functional structures, such as kitchens, storehouses and workshops were generally separate from the house because it was not only sacred, it was a living entity. Doorways were open, without doors, to show hospitality. And for privacy, a fabric was pulled across the opening and tied to wooden pegs inserted into the walls.

Making a new structure a “home,” a living entity, required an Och K’ahk’ “Enters the Fire” ceremony where fire was drilled between three hearthstones. (On a clear night a “cloud” appears in the center of three bright stars in the Orion nebula. Our names for them are Alnitak, Saiph, Rigel, and scientists refer to that nebula, a cloud of gas, dust and stars, as M42). By installing a structure with life—heat, light and a guardian spirit—a Maya house or temple became a healthy and vital home. At a typical Och K’ahk’ ceremony, a shaman offered a blood sacrifice, usually a bird, to entice a guardian spirit—often a deceased ancestor—to take up residence in the house to protect it and the inhabitants.

Temples, which were an extension of the Maya home, were considered the dwelling places of the gods. They also replicated caves, places where underworld supernaturals resided. When the temple curtain covered the doorway, the god was asleep in his resting place. At many sites, the inscriptions speak of three hearthstones being places in the sky as one of the founding acts of creation. The hearth in the temple was an essential conduit between it and the cosmic hearth planted by the Maize God. Ceibal, a medium-sized city in northern Peten, Guatemala may have been called “Three-Stone Place” anciently because there was a cache of three jade boulders under a stela in the center of a temple.

In his study of architectural dimensions, archaeologist Christopher Powell found that “the width of most Maya houses in Yucatan consisted of units called uinics ‘humans,’ which are measured by stretching a cord from fingertip to fingertip, with arms outstretched and perpendicular to the body. One uinic was virtually equal to the height of the person who was doing the measuring. Thus, a human being with arms outstretched and perpendicular to the body may be inscribed by a square.” This is seen in many temple doorways that are square. It calls to mind the drawing of the Vitrucian Man by Leonardo da Vinci.

Besides the human form, Dr. Powell also found that the ancients incorporated the shapes of flowers and shells which display Phi, nature’s most common proportion. Flowers have five petals or multiples of five petals. Projected onto the Maya world, there were four directions and a center. “The shapes of houses, milpas, and temples and their works of art all share the proportions inherent in three simple geometric forms: the equilateral triangle, square and pentagon. These three regular polygons, with their square root of two, square root of three, and phi rectangular expressions, provide an underlying structure that unites the Maya cosmos… Pentagonal arrangements of seeds in the cross-sections of fruit are common. The phi equiangular spiral is observed in seashells and snail shells and in the growth spirals of various plants. The Yucatec Maya word for belly button, “tzuk,” or division place, divides the human form by the phi proportion.

In the Popol Vuh, the sacred book of the Quiché Maya, there’s a passage that, according to Dr. Powell, may be viewed as a concise formula for measuring a phi rectangle with a cord.

It took a long performance and account to complete the emergence of all the sky-earth: the fourfold siding, the fourfold cornering, measuring, fourfold staking, halving the cord, stretching the cord, in the sky, on the earth, the four sides, the four corners, as is said, by the Maker, Modeler, Mother-Father of life, of human kind…

The ancients used cords (intertwined vines) of different lengths with knots along them to lay out the location and length of walls. To lay out a floor, for instance, a cord was dowsed with white lime powder (pulverized limestone), stretched taught at the specified location and then snapped to leave a white impression, along which the builders would lay their stones to build a wall. The cords were equivalent to today’s measuring tapes, providing a means to create and reproduce lines with consistency over time and place. In this way, they replicated the proportions found in nature and the cosmos.

Geometry and numbers are sacred because they codify the hidden order behind creation.

When Grandfather Rabbit died, Thunder Flute decided that, rather than repair our house, which was next to his and badly in need of fixing, he would follow the common practice by terminating both houses and build a larger one over his father’s bones. Grandmother would move in with us.

Once the masonry platform was built, the house went up quickly. But before we could move in, its skin and bones had to be ensouled with a guardian spirit. Otherwise terrible things could happen. Somehow, within the seven days of the Fire Entering rites that invited a spirit to take up residence in the house, I needed to find a way to be alone with White Grandfather. I didn’t know what I was going to say, but with Thunder Flute being more willing to answer my questions now, I hoped I might learn something before then that would help.

I got my chance when he took me to an old quarry down by the New River. With the ensouling rites just two days away, he needed hearthstones to establish the heart of the house, the place where a spirit would enter. The three stones had to be a certain size and shape for cooking, so we used long-handled axes with wide flats to pull back the weeds, dig out the soil and expose a long section of white stone. The day was hot. Before we began to chop the stone itself, we sat on a ledge, wiped the sweat off our faces and took our keyem—a gruel made by stirring balls of maize dough in water. Mother spiced the dough with honey and chili powder, so I was eager for it.

“You can say your gratitude if you like,” Father said. He knew that Mother had gotten my sister, brother and me into the habit of offering a gratitude for everything we took from the earth, field, forest or water. I was embarrassed to say it in front of him, but he was allowing it. I took off my hat, put my hands flat on the stone and bowed my head.

I stand before you—Seven Maize Rabbit.

I speak for myself and for Thunder Flute Rabbit.

In this place of beauty, we offer you our gratitude.

Forgive us for uncovering your face here,

For chopping your white beauty.

We need three of your little ones for our hearth.

We will honor them at the Fire Entering rites.

We will honor them as the heart of our house.

With respect Earth Lord, receive our praise and gratitude.

Thunder Flute scratched some lines in the exposed stone. Following them, he cut grooves with his chisel and hammerstone while I cut into the stone from below. It took all morning, aching muscles and buckets of sweat, but finally, we had a ledge. By stomping on it we broke off three large blocks and rolled them to a pool of water where we could sit in the shade and wash them off as we shaped them.

Approaching the broad steps of the temple, I saw again, high up, the beautifully stuccoed figures of men and gods that I’d seen from a distance. The deeply sculpted, brilliant red frieze wrapped around the temple like a headband. At the foot of the steps, Obsidian explained that he and the other workers were the only ones permitted to be up there, so I waited and watched while he and his brother-in-law took the cords to several men who were pacing on the floor above the sculpted band.

It was fascinating to watch my brother moving the measuring cords back and forth and dusting them with lime powder. I couldn’t see when they stooped down, but I knew a firm snap of the cord would leave a white line to show the placement of the walls and doorways so another worker could chisel small holes to mark them permanently for the stone setters.