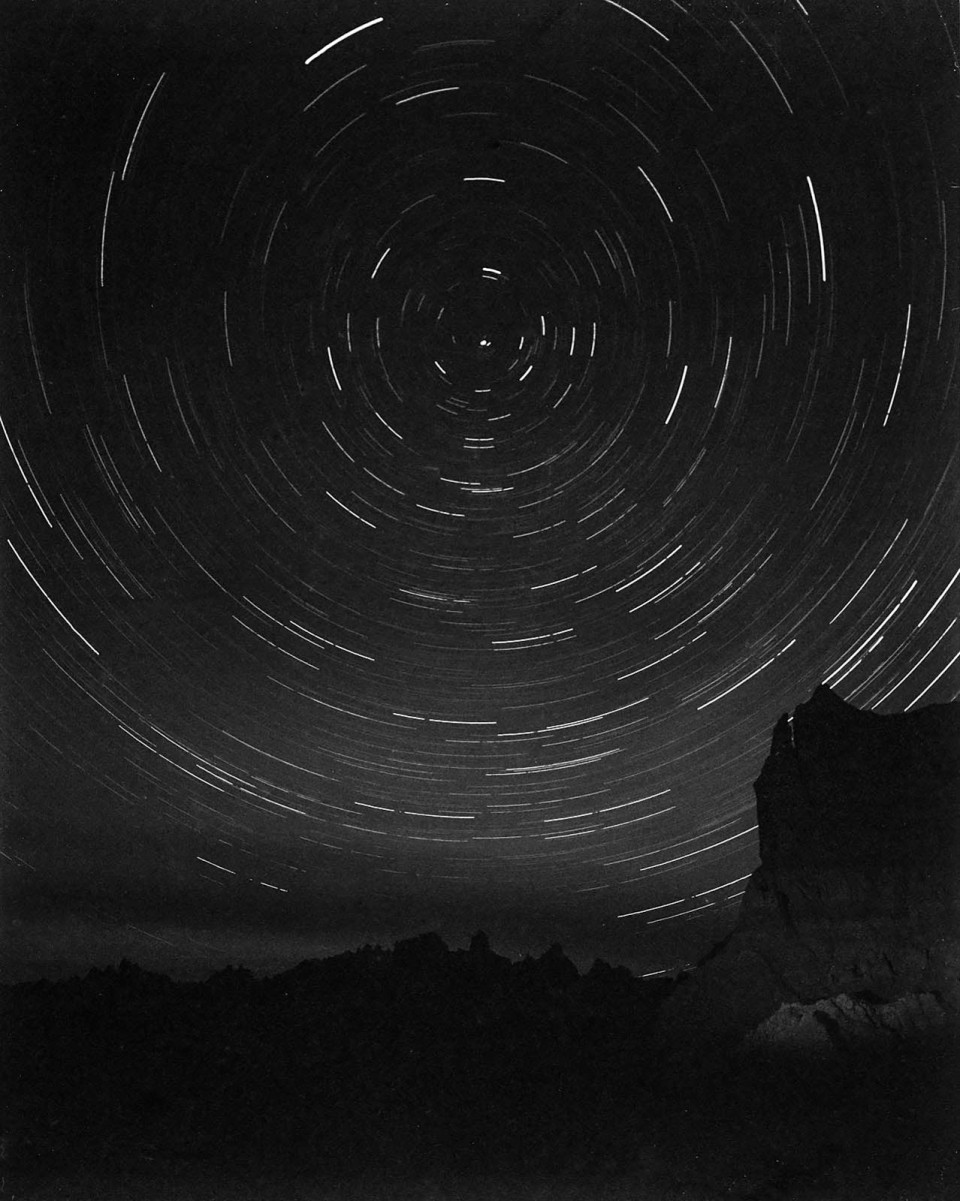 The events of creation are recorded on monuments throughout the Maya region. At larger cities such as Tikal, Uaxactun, Copan, Palenque, El Mirador and Caracol the more detailed inscriptions name the involved deities and provide dates.

The information varies somewhat from place to place and across time, but there are commonalities that closely match the creation myth described in the Popol Vuh, a written account of creation, and other stories derived from K’iche’ oral traditions, such that scholars tend to agree in principle, if not in the details of the ancient Maya view of creation. In Popol Vuh: The Definitive Edition of the Mayan Book of the Dawn of Life and The Glories of Gods and Kings by Dennis Tedlock, the writer(s) provided this succinct overview:

And then the earth arose because of them

(the sky deities). It was simply their word

That brought it forth.

For the forming of earth they said ‘Earth.”

Then the mountains were separated

From the water, all at once the great mountains

Given the limitations of space of a blog and variations in scholarly interpretation, I offer the following as a condensed but representative sampling of the key players and places in the ancient Maya creation story.

Creation Date: Time for the ancients was cyclical, spiraling in eras. There were three before the current one, which began in 3114 B.C.. Scholars still debate the precise date, but this began the “Long Count.” Every day in the future was referenced to it, literally by counting the days forward. There’s some indication that the days were counted using stones and that these were bound into bundles to represent periods. For instance, a t’un or one year “bundle” or “binding” consisted of 360 days or stones. Five more were added to make a complete year. A “binding of the k’atun” referenced a bundle of 20 years or 7200 stones. Why the date in 3114 B.C. was chosen is not known,

Creation Deities: The names of creation deities differ between the Popol Vuh and inscriptions on monuments, but their attributes as diviners, healers, and makers is nearly identical. As the story goes, two creator “grandparents”—First Father and First Mother—had twin sons, identified by scholars as “The Hero Twins.” In addition, there were three sky gods. At Palenque, scholars refer to them as GI, GII, GIII. The Popol Vuh gives their names: Hurricane Thunderbolt, Youngest Thunderbolt and Sudden Thunderbolt. According to iconographer Karen Bassie-Sweet, these  gods paralled the “Heart Of Sky” deities, and the thunderbolt brothers were manifestations of the Maize God.

Creation Events: According to art historian Julia Guernsey on August 13, 3114 B.C. the gods established three hearthstones in the sky as thrones. They named them “Jaguar,” Snake” and “Water.” We know them as the stars Rigel, Saiph and Ainitak in the Orion nebula. And what astronomers refer to as M42 Nebula, they saw as the fire in the cosmic hearth. Creation of the Earth itself was credited to the Maize God—Hunal Ye “First Father.” He “entered the sky and made proper” the raising of “Raised-Up-Sky-Place, the eight-house-partitions, house of the north on February 5, 3112 B.C.” That happened 542 days after the 3114 B.C. creation event. To make proper is to circumambulate, so this refers to the act of setting the constellations in motion around the North Star.

Cosmic Order: The cosmos was seen as a gigantic ceiba (kapok) tree growing at the center of the universe. Its branches reach to the Upper World; its trunk is the Middle World and the roots extend into the Underworld. As sap travels up from the roots of a maize stalk, souls travel up and down this sacred tree. At the top, where the three stones were set in the sky, sits Itzam Yeh, a bird deity who fancies himself greater than the sun. And from his perch, referred to as Heart Of Sky (the North Star region), he dispensed the life force.

Creation Locations: In the fourth creation, before human beings, Chahk, the lightning and rain god, went to the mountain that first rose above the water. There, he raised his gigantic axe and split the mountain, allowing Huun Ixim, the Maize God, to ascend and bring life-sustaining abundance to the Earth. That mountain was referred to as Yax Hal Witz “First True Mountain.” Archaeologically, many temples—such as Mundo Perdido (Structure 5C-54) at Tikal—and other structures—Uaxactun’s Group H—were replicas of the Yax Hal Witz.

Previous Creations: Eras before the present creation, First Father and First Mother attempted to create beings who would pay them respect and praise their names. The first world was inhabited by dwarf beings who resembled animals and couldn’t speak. In the second world they were made of mud, and in the third they were made of wood. These not being satisfactory, the creators said “The dawn has approached and morning has come for humankind—born in the light, begotten in the light.” So, from the maize that came forth at First True Mountain, First Mother fashioned the first human beings from maize dough and water. Grinding it nine times, it became human flesh.  And when she washed her hands, the grease became human fat. These humans were perfect and knowledgable. They were able to see as well as they gods, so they blurred their vision. In that way, they could only see what was close to them.

Philosopher David Hume said we would be utterly incapable of making sense of the world around us were it not for the process of cause and effect. Every civilization attempts to explain how things are, how the universe, the world and we came to be. The sustained nightly dedication of the ancient Maya in observing the sky over centuries is beyond remarkable, a testiment to how determined they were to understand the workings of the visible universe and world.

Equally remarkable, were the many and unique ways they attempted to replicate and invigorate the stories they told about creation and its perceived creators. In our era, the emphasis has shifted. Instead of naked-eye observation to understand the mysteries of the universe and life, we use sophisticated technologies. And there appears to be little interest in modeling—“clothing”—ourselves and our environments in either the creation story inherited from the East, or the Universe story that’s emerging from science. Hopefully, somewhere ahead, that connection will be restored.

Author Willis Harman tells the story of talking with a Native American leader about how white people have difficulty understanding the Indian way of looking at the world. The Indian replied: “It’s easy. You only have to remember two things. One is, everything in the universe is alive. The other is, we’re all relatives.”

My brother went across the courtyard and stood on the steps above Red Paw and Pech. Dragonfly continued to translate. “What did the Makers do? They invoked Grandmother of Glory! And their thoughts came clear. Fox, Coyote, Parrot and Crow brought ears of yellow maize and white maize from the split place, from First True Mountain, Flowering Mountain Earth where Grandmother Of Glory ground the maize nine times. The water she used in rinsing her hands made fat—human fat. And with it Sovereign Plumed Serpent made the first humans, our Mother-Fathers.” With a swish of his robe, Comb Pace came down the steps and went to center. “The humans made from fat were different,” he said. “They made words! They praised the directions and they listened. They walked and they used their muscles. They offered their sweat, blood and smoke to the Makers and Modelers. Such was the making by First Grandfather and First Grandmother.”

Comb Paca approached the dais, turned his back on us and spoke with his hands at his side. “Let it be said, let it be known. In our k’in, the making and modeling continues. As at the split place, First True Mountain, Flowering Mountain Place, so here at Kaminaljuyu. We see the making in the ground, in the trees, in the animals. We see the modeling in the lake. It comes clear to us what has been done when we honor the sky bearers and keep the count of k’inob. It comes clear when we celebrate the rounds of the wanderers and the turnings of the sun. It comes clear to us when we make our circuits at the sowing and the dawning, planting and harvesting. It also comes clear when Our Bounty stands before us as the Center of All That Is, as Great Tree, as Lord One Maize.”

Calendar Fixed To The Creation Date

The shaman’s assistant took the bloodied cloths and put them into a ceramic jar with a lid. Meanwhile, a daykeeper dictated the time periods to a scribe—3,082 years and 242 days since the beginning of the fourth creation of the world. He said the gods who carried the burden of the day were Chan Ik’, Laju’n Pax. After this, it was recorded that “Lord Jaguar Tooth Macaw, Great Tree of Kaminaljuyu and his son, Lord Flint Axe Macaw, underlord at Ahktuunal, took Thunder Flute Rabbit, master merchant at Cerros, in regard as their brother. Later, the cloths would be fed into the conjuring house censer but for now the shaman’s assistants applied “takes-away” to their wounds, a sticky pink substance that stopped the bleeding and eased the pain. With his arm now cleaned, Lord Macaw pointed to the warlord who had the largest spray of quetzal plumage streaming from his helmet. Holding up a blue-and yellow-feathered shield, the hulking warrior led a procession of warriors carrying bundles and baskets from the side of the pyramid to the front, where they set them down on a long bed of fresh pine needles.

The Three Stones Of Creation

Under the influence of six cups of chih, Lord Smoking Mirror praised the work of my uncles at the House of the Maize God. And judging from his wife’s expression, he told us something we were not supposed to know—that he was going to halt the construction on his brother’s temple in favor of a more modest but equally powerful snake mountain named for the place where the maize god set the three stones of creation in the sky. “It will be like the Three Stone Mountain at Mirador,” he said, “Just not as tall. Next to it will be a compound for warriors with a proper lodge, patios and a larger training field…” As he spoke, Thunder Flute’s glance told me that Smoking Mirror, like his brother, was desperately trying to win favor with his father. Had Laughing Falcon heard what his brother was planning he would have been furious.

Links To Amazon.com for paperback books and Kindle Editions—

← The Dancing Maize God
Maya Structures Were Made Sacred →